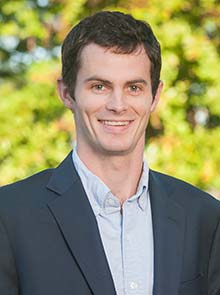 Thomas Crouch is an associate attorney working primarily on residential real estate transactions. He received a B.A. as well as an M.A. in economics from Clemson University. He then graduated from the University of Georgia School of Law with honors. Thomas is admitted to practice law in New York, Georgia, and South Carolina, as well as in federal court in the Southern and Eastern districts of New York.

Prior to joining the firm, Thomas represented plaintiffs in labor and employment litigation in New York City and Long Island. Further, he completed a judicial clerkship for the Honorable Perry M. Buckner, III, of the South Carolina 14th Judicial Circuit.

Thomas lives in Amagansett. He enjoys playing golf, going to the beach and the bay as much as he can, and staying active at the East Hampton YMCA.